Each year, the National Foundation for the Arts (NEA) publishes the results of the Survey of Public Participation in the Arts (SPPA). The study examines adults (18 years and older) in the United States in the arts, with five categories: attending, reading, learning, making/sharing art, and consuming art via electronic media. Getting an art education or just getting involved in the art process is already a difficult and very important contribution. Quite often with categories such as art creation and learning, students use the help of writing services such as EssayWritingStore.com.

The preliminary results from the survey revealed some interesting information, especially in engagement among American adults in arts education. At least 59% of college graduates reported having taken some form of arts-based education compared to 32% of high school graduates. Furthermore, respondents differed across the arts based classes they took as students: 36% reported taking voice training or playing an instrument, 19% in visual arts and 18% reported taking art history or art appreciation.

The National Arts Foundation (NEA) usually released preliminary findings of its national survey on Americans' involvement in the arts with the Census Bureau the survey and this year’s sample population were doubled to gain further insights and highlight potential new areas of arts engagement among American adults.  The full results of the survey will be released next year. 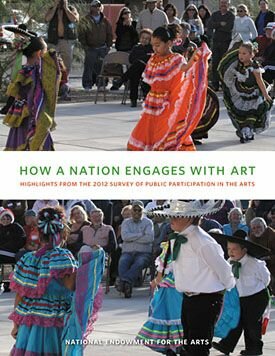 Would love a copy of the survey.